Galatone is located in the middle of an aureola of gardens, vineyards and olive groves, 24 km south of Lecce. It is just 7 km from the Ionian Sea, 14 km from Gallipoli, 5 km from Nardò, 10 km from Galatina.
Located at the center of that important crossroads of economic interests represented by the Lecce-Gallipoli and Nardò-Galatina axes, it has also had a nodal role in communications between the Low Salento, the Taranto, the Basilicata and Calabria.
The municipal territory, extending 4654 hectares, stretches flat and uniform to the north, but gradually rises to the south, up to 100 meters above sea level in the Serra dei Campi Latini, extreme Apennine offshoot running towards the towns of Tuglie, Parabita, Casarano.
To the south-west this territory faces the sea after having climbed over the Serra di Altolido and wedged between the tower of the same name, the “Montagna Spaccata”, and the subsequent Torre del Fiume or the Quattro Colonne.
This short stretch of coastline is called “La Reggia” and probably refers to a post of horses used to control the coastline.
Close to this stretch, the land rises in a modest plateau that includes the area destined to the park, and at the top, the abnormal tourist village “S. Rita”. 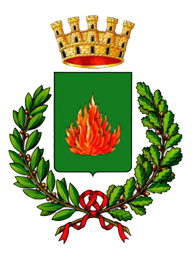